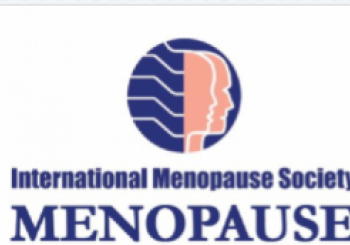 This randomized double-blind placebo-controlled study by Geiger et al. assessed the effects of transdermal estrogens on sleep independent of its well known beneficial effects on vasomotor symptoms (VMS) and mood improvement. A group of 172 healthy perimenopausal and early postmenopausal women age 45-60 were randomized to 100 micrograms of transdermal estradiol with progesterone 200 mg for 12 days every 3 months for 12 months versus placebo. Standard questionnaires, including the 14 item St. Mary’s Sleep Questionnaire, the 20 item CES-D (the Center for Epidemiologic Studies-Depression Scale), and the Greene Climacteric subScale for VMS were administered at baseline and in the estrogen-only months. After controlling for baseline levels, transdermal estrogen reduced both minutes to fall asleep (-0.12 p=0.02), and number of awakenings (-0.11 p=0.02). Multivariate analyses found that reductions in VMS and mood improvement could not fully explain the improvement in sleep difficulties. The authors concluded that the efficacy of hormone therapy (HT) could not only be explained by improvements in vasomotor or depressive symptoms but through other biological mechanisms [1].

Sleep problems increase 2-3.5 times in women over the menopause transition [2]. These problems most commonly include nighttime awakenings [3], but also insomnia, obstructive sleep apnea, restless legs syndrome, and periodic limb movement disorder. Sleep difficulties have a large impact on a woman’s quality of life as well as her work productivity, memory, mood, and general health, including cardiovascular disease, diabetes, cognition, and deficits in immune functions. The etiology of new insomnia at menopause that occurs in up to 56% of perimenopausal women compared to 31% of older premenopausal women [3] has been debated. Possible explanations include estrogen fluctuations [4] resulting in night sweats or menopause- associated mood changes such as anxiety or depression, the menopause itself, ageing or co-morbid health, or pre-existing sleep problems. Options for treatments include treating the underlying responsible condition, sleep hygiene [5] cognitive behavioural therapy, exercise, [6] venlafaxine [7] and eszopiclone [8], and hormone therapies, including progesterone alone [9]. Nonhormonal therapies for vasomotor symptoms, such as SSRI’s, SNRI’s, and GABA agents have also been utilized for patients with sleep disturbances [10]. A recent meta-analysis of 7 RCT trials found that the improvement due to HT was mainly associated with the treatment of nighttime vasomotor symptoms with uncertain effects in women without VMS. However, there were many issues in this meta-analysis, including the definition and lack of standardization scales to evaluate sleep difficulties. In addition, the formulation of medications to treat hot flashes, the lack of baseline comparisons as well as the confounder of different progestins’ independent effect on sleep was noted [11]. The KEEPS (Kronos Early Estrogen Prevention Study) trial also compared oral (0.45 mg conjugated equine estrogen) versus transdermal (50 μgm estradiol) hormone on self-reported sleep in 727 women via the 9 item Pittsburgh (PSQI). Sleep satisfaction and latency improved with both types of HT but more in transdermal estrogen than oral. Changes in scores correlated with all domains except sleep latency and efficiency. This also suggested that HT affects other mechanisms associated with sleep beyond the treatment of hot flashes [12]. More research to investigate this mechanism is indicated. These studies suggest that a trial of hormone therapy may be an option for peri and early menopausal women with new sleep problems to alleviate these issues even in the absence of vasomotor symptoms.

Professor Department of Obstetrics and Gynaecology, University of Toronto